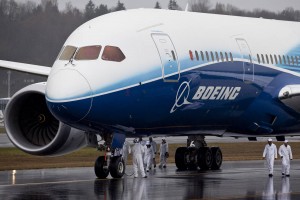 Single-pilot passenger planes is the next thing which Boeing is working on technology that will reduce the requirement of two pilots in the cockpits of its passenger jets.

As per the current existing European aviation rules passenger planes having more than 20 seats should have two pilots in the cockpit.

However the vice president at Boeing, Steve Nordlund mentioned that autonomous technology allowing reduction in on-board crew was in the process of rapid development.

The airlines believe in autonomous flight and self-piloted aircraft and the firm’s commercial aircraft division was processing on those technologies.

He opined that pilotless aircraft of 737 in the near future was not possible. Chances were that more automation will be aiding the cockpit like the change in the crew number up in the cockpit.

It made business sense to opt for a reduction in number of on-board crew on passenger planes and cargo jets will be among the first to trail the technology.

He said that a combination of safety, economics and technology should be there. It was noted that a chronic shortage of pilots was there and might reach more than 200,00 in the next decade.

In recent years planes have become automated the future of fewer crew members might still be a hard proposition for both the passengers and regulators.