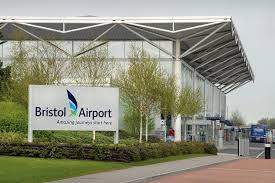 A report has revealed that an aircraft mishap which disrupted the Christmas getaway for thousands of people had landed with its parking brake on.

The fateful BMI flight skidded off the runway while landing at Bristol Airport on 22 December, 2017, and came to a halt after travelling 120 metres along the grass.

No one was hurt, but some 70 flights were cancelled or diverted. The Air Accidents Investigation Branch (AAIB) said the pilot lost control because the emergency brake had been set instead of the speed brake.

During the approach to Bristol the pilot said he decided to deploy the speed brake to lose excess height. But despite his telling the commander, who was in the co-pilot’s seat it had been deployed, data from the flight data recorder confirmed this was not the case.

Shortly after the commander suggested directly that the speed brake should be used to slow the plane, the pilot responded: “It is, oh no its not”.

This action was recorded by the plane’s data recorder.

AAIB noted the levers for both brakes are “of similar shape and sited close to each other” in the cockpit of the Embraer 145 aircraft involved.

It believed “a high work load due to multiple radio interruptions contributed to the mistake going unnoticed”.

Investigators found the pilot was unable to maintain direction during landing and the aircraft ran off the left side of the runway onto the grass.

At some point during the landing the throttles were moved forward, reducing the rate of deceleration.

As the aircraft left the runway the crew realised that the landing had been carried out with the emergency/parking brake set.

However, the AAIB said the aircraft might have remained on the runway surface but could not due to the addition of forward thrust during landing.