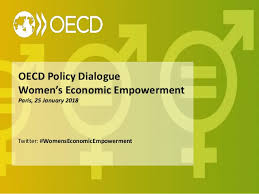 The Deputy Executive Secretary of the Ministry of Tourism in Brazil, Higino Vieira, attended a working meeting at the Brazilian Embassy in Paris, France recently.

The purpose of the meeting was to align the strategy of participation in the Tourism Committee of the Organization for Economic Cooperation and Development (OECD) and to address relevant issues, such as the partnership between the Ministry of Foreign Affairs and MTur to change Brazil’s status as an observer to full member of the Organization.

“With this, we include Brazil in the preparation of OECD reports, generating relevant economic data and information on Brazilian tourism aimed at subsidizing the market and giving visibility to Brazil in OECD member countries,” said Viera.

In July, Brazil’s President Jair Bolsonaro signed  Decree No. 9,920, of July 18, 2019, which created the council that will monitor Brazil’s accession to the OECD. The board is responsible for approving Brazil’s preparation, follow-up and membership strategy, as well as the communication policy process.