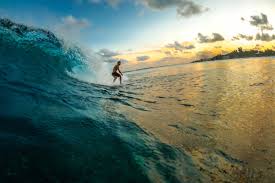 The well-known Emotions Route in Brazil, which encompasses 14 cities of Maranhão, Piauí and Ceará, is one of the most popular destinations for surf, windsurf and kite surf lovers. In addition, it is the right destination for those seeking calm and idyllic scenery.

The route, along the coast of these three northeastern states, includes passes through areas of environmental protection, such as Jericoacoara National Park, on the west coast of Ceará; the Parnaíba Delta, between Piauí and Maranhão, and the Lençóis Maranhenses National Park.

With a mix of culture, natural beauty and history, as well as haute cuisine, the Route delights tourists seeking the region, one of the most famous in the country.

To structure the destination, the Ministry of Tourism of the country prepared an Action Plan for Tourism Development of the Route of Emotions. The actions foreseen by this planning will start in the state of Maranhão.

The revitalization of the Port of Tutoia (MA) is one of the interventions provided for in the strategy. The place is the main gateway to the Parnaíba River delta and strategic point of the Route, as it allows the river tourist connection between Maranhão and Piauí.

In addition to the revitalization of the port, the Plan includes measures to strengthen ecotourism, environmental preservation and tourism security.

In September of this year, technicians from the Ministry of Tourism were in some locations of the Route of Emotions to hear demands, understand the local reality and develop an action plan for tourism development. There were almost three days of meetings with state, municipal and trade representatives to gather information that would enable the Federal Government to generate actions to dispel bottlenecks and stimulate the tourism potential of the route.

The Minister of Tourism, Marcelo Álvaro Antônio, highlights the importance of promoting and structuring tourist itineraries to foster regional vocations.

“We have already begun a new era in Brazilian tourism. We will visit each place, know the reality and the adversities of these regions, so that, together with the municipal and state governments and businessmen of the sector, we can develop the tourism potential of the main regions of the country, such as the Route of Emotions,” he said.

Public servant Juracy Soares, a destination-loving tourist, enthusiastically views Pasta’s investment there. According to him, the action will bring tourists from around the world and drive the economy of these municipalities.

“I understand that the initiative of the Ministry of Tourism will also help sports activities such as kitesurf, because it attracts many tourists from various places to the Northeast,” he said. For him, tourism will be a strong ally to move the economy in the region.

“This strip of the Brazilian coast holds the main points for kite surfing in the world. Water sports on the Route of Emotions, especially kitesurfing, boost the generation of jobs and income for the community that inhabits this region,” comments Juracy.

According to the document, conceived from the demands of state, municipal managers and representatives of the Route of Emotions, the Ministry of Tourism will also finalize works at Barreirinhas airport. In addition, it will enable the construction, with an estimated cost of R $ 8 million, of a 180 meter long bridge for the Preguiças River Crossing. Without the bridge, tourists face long lines for boat and ferry crossings.

The five municipalities of Maranhão of the Routes of Emotions and St. Louis, which is one of the gateway to the itinerary, are among the 56 municipalities of the Northeast that will be covered by the Investe Tourism program, developed jointly by the Ministry of Tourism, Sebrae and Embratur and which will invest about R $ 200 million in the cities selected for the program throughout the country. For Maranhão, R $ 2.3 million has been allocated.

The initiative will bring a package of investment actions, incentives for new business, access to credit, marketing, innovation and service improvement aimed at 26 tourist regions of the nine northeastern states. The goal is to bring together the public sector and the private sector to prepare and promote the competitiveness of ten strategic tourist routes throughout the macroregion.