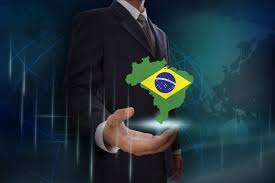 The Ministry of Tourism, Brazil attended this week, a meeting promoted by the government of Paraná that brought together the leaders of the Governance Instances of the Tourist Regions (IRG’s) of the state. The purpose of the event was to improve the actions taken to advance the Tourism Regionalization Program (PRT), as well as to evaluate and elaborate the strategic plans of the Paraná IRG’s.

Deise Bezerra, PRT’s interlocutor in the state of Paraná, says that holding regular meetings is important to align the actions being taken among the other instances.

“In these meetings, we exchanged experiences, listened to the actions taken in the regions in favor of tourism, learned about good practices and identified common difficulties. We learned together to keep progressing,” explains Bezerra.

The event was attended by the 14 regions of Paraná that are part of the Program: Campos Gerais; Iguazu Falls and Paths to Itaipu Lake; Water corridors; Eco-Adventures, Stories and Flavors; Between woods, hills and rivers; Lakes and Hills; Paraná Coastline; Northern Paraná; Pioneer North; Riches of the west; Pinhão Routes; Land of Pinheiras; Ivaí Valley and Iguaçu Valleys.

Tourism Structuring Secretary Robson Napier celebrates the advances already made by the PRT.

“The MTur has been developing a very important integration work with the Federative Units, mainly in order to align the public tourism policies for the development of each region,” said the secretary.

The General Coordinator of Territorial Mapping and Management, Ana Carla Moura, attended the meeting and highlighted, along with the interlocutors present, the importance of MTur actions such as the Brazilian Tourism Map, the Categorization of Municipalities and other programs such as Cadastur, Prodetur. , Fungetur, as well as legal frameworks for fundraising for tourism development with the Federal Government.