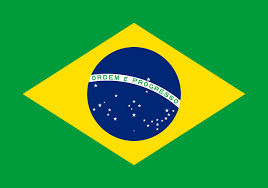 A technical team from the Ministry of Tourism, Brazil arrived in São Raimundo Nonato, in Southwest Piauí, on Wednesday (Sept 11) to identify the potential of the Serra da Capivara National Park.

The visit of the professionals follows a determination of the Minister of Tourism, Marcelo Álvaro Antônio, who was on the site last month. The idea is to outline a strategic action plan for the tourism development of the region.

According to the minister, who is following the international agenda at the 23rd WTO General Assembly in St. Petersburg (Russia), this is just one of the first steps towards making the park a reference in the country.

“As I announced during a recent visit to Serra da Capivara, I am sending a team that will carry out a technical study so that we can further develop the tourism sector in this beautiful region. Therefore, our team arrives to make Serra da Capivara one of the most visited points of Brazil”, says the minister.

For three days, technicians will diagnose the region’s infrastructure, connectivity, environment and promotion needs. In addition, the team will meet with public and private managers to draw up a strategic action plan, looking at potentials and obstacles to local development. It is expected that, with the measures, the tourist offer will be improved, generating jobs and income for the population.

Serra da Capivara National Park is a true open-air museum. The 173 archaeological sites open for visitation within the protected area attract over 20,000 tourists annually interested in immersing themselves in the origins of human presence in the semiarid area.

In all, the site houses 1,354 prehistoric sites, full of cave paintings, the largest concentration of its kind in Brazil.