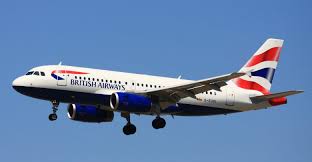 British Airways booted off 20 passengers from one of their flights from London City Airport since the hot weather had made the airplane too heavy.

The airline mentioned that the blistering 5 degree had affected air pressure implying that the aircraft could not take off unless they shed some weight. The short runway of the city airport means jets need to take off at a steeper angle than at most other airports.

Passengers shared their fury as they were told that they would not be going off on their holidays on the busiest day of the year for air travel.

Travellers were asked to leave 14 flights, but then one plane bound for Ibiza witnessed 20 travelers bumped off shortly before boarding on Friday.

The Hopkins family were on their way to visit relatives when they were told that they wouldn’t be allowed on the plane.

Mom of three Mhairi told The Sun Online her daughter Chloe, who suffers from Downs syndrome, had been “counting down the days” to seeing her granny and was heartbroken when they were booted off their flight.

Mhairi, her husband Tom, and their kids, Sebastian, 14, Chloe, 12, and ten-year-old Dominic, were jetting out to scatter her father’s ashes on the Balearic island.

The airport said that London City Airport was affected by the extreme heat which meant, to operate safely, unfortunately passengers needed to be offloaded from 14 British Airways flights.

Airport authorities also said that they have been working with the airline to ensure passengers get to their destination as quickly as possible and apologise for the inconvenience caused.