British Columbia received the highest number of international tourist in 2018 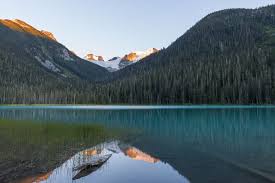 In 2018, British Columbia received more than six million international tourists, among them 3.9 million were from the U.S. ( it showed a jump of 7.1 per cent considering 2017). The 2.2 million Americans visiting the British Columbia via car on day trips were not included here.

The non-American tourists coming to B.C. were mostly from South America  making up 56.8 per cent  while the number of Asian tourist was up by 5.5 per cent in 2018 as compared to 2017.

Claire Newell, a travel agent attributed the record numbers due to the U.S. dollar which currently buys around $1.30 Canadian .

She said that their dollar was really attractive to the Americans who make a huge percentage of tourist and they felt safe. B.C has a lot to offer and a lot of people from the U.S. were afraid of doing international travel, however, Canada is a safe place.

Further the cruise ship industry also had a major role to play for a surge in the tourism numbers.  This was specially good for their economy mainly Vancouver.

Lisa Beare, Minister of Tourism, Arts and Culture was  thrilled to see that 6.1 million travellers in 2018 discovered all that beautiful, supernatural British Columbia has to offer.

There were 21.1 million international tourists in Canada in 2018, seeing an increase of 1.2 per cent more than 2017 which partly due to the Canada;s 150th celebrations.

For the international tourist arrivals in Canada it was the fifth consecutive year of growth since 2015. The number of tourists from the United States went up by 1.4 percent  and had outpaced the increase from the overseas countries.

The arrivals from Brazil were up 31.1 percent in 2018 and doing 197,000 trips, there was partial lifting of visa requirements for residents of Brazil that came into effect in May.

Tourism Industry Association of B.C. mentioned that tourism brings $18 billion a year to the provincial economy.