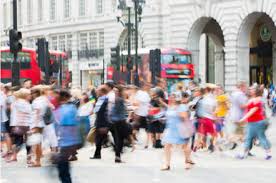 The new deal will revolutionise the way data is used by the sector, through the creation of a new Tourism Data Hub. The hub will collate regularly updated data showing the latest trends and spends, allowing businesses to better target overseas visitors.

The deal will also support the creation of an additional 10,000 apprenticeships for people building their careers in the tourism and hospitality sectors.

Last year around 38 million people visited the UK, contributing £23 billion to the local economy. By 2025 experts predict that there will be an additional 9 million visitors to the UK. The new deal commits to building an additional 130,000 hotel rooms to respond to the increased demand for infrastructure.

The deal also outlines the government’s ambitions for the UK to become the most accessible destination for disabled visitors, through improvement of disabled facilities and access to destinations across the country.

Jeremy Wright, secretary of state for digital, culture, media and sport, added: “Today we have set out our vision for the future of UK tourism – a commitment to an industry that is vital for the prosperity of our communities, our businesses and our economy.

“The UK is one of the world’s greatest destinations and this deal recognises the importance of maximising our natural assets. We are dedicated to supporting life-long careers for those that work in tourism, offering insightful data to help grow businesses and ultimately creating a better visitor experience throughout the UK.”

Other commitments in the Tourism Sector Deal include:

More than 130,000 new hotel rooms are set to be built across the UK, with 75 per cent being built outside of London
£250,000 to improve broadband connectivity in conferences centres across the UK
Pilot of up to five new Tourism Zones to drive visitor numbers across the country. Zones will receive government support for growing their local visitor economy, through initiatives like targeted support for product and promotion development, mentoring support to businesses and digital skills training

10,000 employees in the sector to benefit from new mentorship schemes.

Developed in partnership with the British Tourist Authority and Industry, the sector deal forms part of the UK government’s Modern Industrial Strategy supporting the continued growth of the tourism sector, ensuring the UK remains globally competitive as a top tourist destination.

Tourism is one of the most fiercely competitive global industries and this deal ensures that Britain can continue to compete internationally as a top destination for visitors, driving major economic growth across the whole of the UK.