Buenos Aires is gaining impetus on the international tourism radar 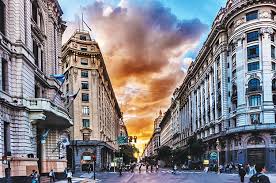 Buenos Aires is gaining impetus on the international tourism radar welcoming an estimated 2 million travelers who arrived through the city’s major airports, Ezeiza International Airport (EZE) and Aeroparque Jorge Newbery (AEP) from January to December 2018, marking an increase of 5% over the year before. The trend is expected to continue this year too, all thanks to added connectivity and support from the local government for hospitality projects.

To quote Gonzalo Robredo, the President of the Tourism Entity of the Autonomous City of Buenos Aires said, “Over the last year, international tourism generated over $2 billion for the city. From hosting distinguished events to ramping up promotional efforts in key markets, as well as increased air connectivity from the west coast, Buenos Aires has established itself as the cultural capital of South America on a global scale.”

Last year, Buenos Aires hosted some of the world’s most renowned events: G20 and U20 Summits, Art Basel, making the capital of Argentina the first partner in the Art Basel Cities initiative. The Summer Youth Olympic Games also played an important role in attracting millions throughout the year.

More than 253,500 of these visitors came from the United States, choosing Buenos Aires for both business and leisure and with more than half opting to stay in the city’s hotels. Top accommodations choices were luxury four- and five-star properties. Buenos Aires offers a broad range of options in these categories.

Looking to 2019, the city will potentially receive about 430,000 international tourists. Buenos Aires’ government has pledged to support this growth and expand hotel options.