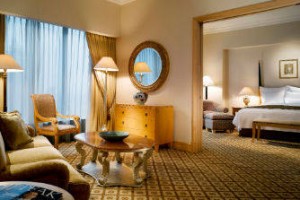 Jakarta needs more hotels to boost mid-range tourism.   It is according to property consultant Colliers International that four-star hotels are in demand although availability is limited.

Colliers International senior associate director Ferry Salanto said that this hotel category generally offers a decent rate that is closer to that offered by three-star hotels.

Despite its affordable price, Ferry said the facilities of four-star hotels were sufficient, making it a favorite category in the market.

By the end of the year, Jakarta will have 2,488 new hotel rooms. However, four-star hotel rooms accounted for the smallest portion, with only 815 expected new rooms. Meanwhile, three-star hotels would have an addition of 836 new rooms and 837 new rooms in the five-star hotel category.

The latest four-star hotel to open in Jakarta is the Mercure PIK Avenue in Pantai Indah Kapuk, North Jakarta, which boasts 240 rooms.

A number of new hotels are set to begin operations in the next few months, with five of them set to be four-star hotels.

The hotels are set to open across the city, including in East, North and Central Jakarta. The first quarter of 2018 has proven to be a busy time, which has pushed hotel occupancy rates up and is expected to grow as the year unfolds.