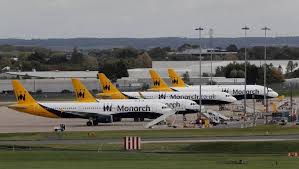 The governing body of Britain’s skies, Civil Aviation Authority (CAA), has written to all the major airlines of UK to remind them of their responsibility to pay for passengers impacted by cancellations and arrange for them to travel on the next available flight – even if it’s on a rival carrier.

The CAA has published an open letter addressed to the largest 30 airlines flying to and from the EU, including the British Airways, Easyjet and Virgin Atlantic, detailing how European law requires airlines to provide travellers, whose flights have been cancelled, with an alternative flight “at the earliest opportunity”.

Passengers are often unaware in such situations that airlines are not only obliged to provide an alternative flight, but that it can be on a different operator.

In the letter signed by Paul Smith, group director of consumers and markets, the CAA said a survey of airline compliance found “a varied picture” in relation to how airlines handled passengers after cancellations and that there was “little clarity over how airlines made passengers aware of their rights… in particular that passengers may be entitled to be re-routed on the services of another airline”. The CAA is giving the airlines until the end of June next year to be clearer with how they implement the regulations or face enforcement action.

Ryanair, which this week was subjected to enforcement action by the CAA over its refusal to compensate strike-affected passengers, fell foul of the rules last year when chief executive Michael O’Leary said: “We will not pay for flight on other airlines. We can’t afford to pay the high costs of our competitors.”

However, the CAA is acknowledging that abiding by a strict interpretation of EU law might not always be necessary, especially where “the benefit to consumers is outweighed by the cost incurred by the airline”.

In its own guidance, the CAA says: “Although most airlines will book you onto another of their flights to the same destination, if an alternative airline is flying there significantly sooner then you may have the right to be booked onto that flight instead. You can discuss this with your airline.”

It reminds airlines that though courts may not enforce the letter of the law in such situations, airlines should ensure passengers can fly on the same day as their original flight.

Of the six-month period given to airlines to comply, the CAA said: “If an airline is not compliant within this six-month period, we would expect it to be able to demonstrate that it had taken all reasonable steps to achieve compliance as quickly as possible thereafter.”

Such rules do not and cannot apply should an airline collapses, as was evident this summer when low-cost, long-haul airline Primera Air failed, leaving passengers stranded in the US and Europe.