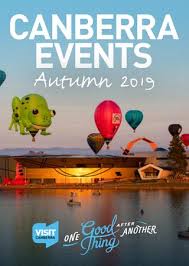 There is something for everyone at the ongoing Canberra and Region Heritage Festival 2019. The theme for 2019 is ‘S P A C E’, offering visitors the opportunity to learn about space history and discover the vast spaces of our very own bush capital.

This week you can paint your own indigenous bush art, learn about the Apollo mission and celebrate Anzac Day by learning about war history through film, guided trench tours and twilight peace vigils.

A list of the activities visitors can undertake this week: