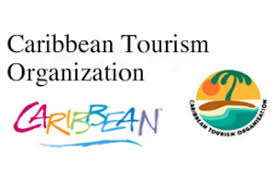 The Caribbean Islands lost more than $1 billion in tourism revenue after hurricanes deterred most of international visitors during the costliest storm season on record, and recovery efforts could cost close to $6 billion.

Last year, the powerful hurricanes Irma and Maria cut a deadly path through Puerto Rico, the Virgin Islands and other Caribbean nations last September, but tourism suffered even in areas whose sandy beaches and resorts were unaffected by gusts and showers.

Joy Jibrilu, chair of the Caribbean Tourism Organization said at the Caribbean Aviation Meetup in the Bahamas, hurricanes made the lost in travel and tourism industry.

The media coverage of the storms that toppled trees, tore away roofs and struck beaches with storm surges contributed to a perception that the entire region had suffered equally, prompting visitors to seek other vacation destinations.

Maria, a major hurricane with winds close to 150 miles (241 km) per hour, caused an estimated $90 billion in damage to Puerto Rico and prompted many residents to flee. A Harvard University study in May showed the hurricane may have caused as many as 4,645 deaths.

Irma, one of the fiercest Atlantic storms in a century, killed dozens and devastated housing, power supplies and communications in various parts of the Caribbean, leaving some small islands almost cut off from the world.

Tourism to Cuba, one of the few bright spots in the nation`s ailing economy, also slid in Irma`s wake.

It is according to the World Travel and Tourism Council report released in April that the hurricanes caused an estimated drop of 826,100 visitors to the Caribbean, compared with forecasts.

The report also said recovery could take up to four years, costing the region another $3 billion.