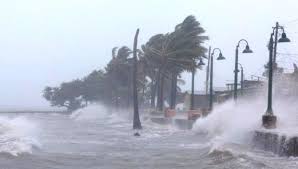 The Caribbean is mainly made up of low-lying states and most tourism assets and hotel investments are located in or near coastal areas. And for this reason, the tourism sector of our geographic area is extremely vulnerable to the threat of these gigantic waves.

Negligence in this regard would put the people and economies at risk, warned CTO Secretary General, Hugh Riley. He was speaking during a debate organized in Paris, France, by the United Nations Educational, Scientific and Cultural Organization (UNESCO) to raise awareness of the threats of tsunamis.

Notably, Caribbean region had suffered 11 tsunamis in the past, the most recent of which occurred in 2010 and six between 1902 and 1997. Several tsunami preparedness initiatives by CTO members, such as Anguilla, the first English-speaking Caribbean island recognized as ‘tsunami ready’ in September 2011, Riley highlighted.

Tourism industry is the main economic engine of the Caribbean, representing 80 percent of the region’s GDP and more than a million jobs, therefore, ‘we cannot ignore the tsunami risk,’ Riley stated.