Check-in chaos for easyJet passengers due to series of strike 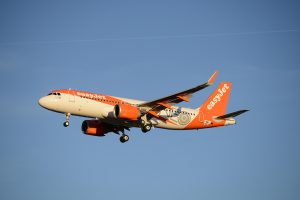 A series of strikes has been announced by check-in staff working at Stansted for easyJet ever weekend in a dispute over pay.

This will happen during the main school summer holidays and Unite had warned that thousands of easyJet passengers might face severe delays.

A spokesperson for easyJet said that if this go ahead they plan to have contingency plans in place so there should be no impact on their passengers.

At 3.30 am on Thursday 25 July, the Industrial action will start, a five-day strike to the early hours of Monday July 29.

In August there will be stoppages every weekend from 2 to 5, 9 to 12, 16 to 19 and 23 to 27.
Stobart Aviation Services Ltd has employed 43 passenger service agents which has easyJet handling contract at Stansted.

According to Unite the workers voted unanimously to strike over what it says is the company’s refusal to match pay at similar companies at Stansted.Workers employed by other companies at Standsted were being pais up to 20 per cent more for doing the same job.

Stobart refused to recognise the union for collective bargaining purposes and according to media sources the company is currently considering a draft negotiation agreement.

The union’s regional officer Mark Barter said that these 17 days of strike action will cause severe disruption to thousands of easyJet passengers using Stansted for their summer holidays.

The Stobart members are experiencing staffing issues, a lack of basics like drinking water during their long shifts and many other small but nonetheless important issues that are ignored for improper trade union recognition.

During the last week talks no progress was made. But there are chances that the management will sit down with Unite and hold constructive talks and resolve the strike before the travel chaos starts.

Passengers have been urged to contact easyJet and ask the airline to put pressure on Stobart to give ground.