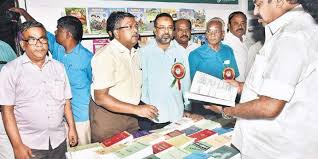 A model of the world’s tallest building and a marine aquarium are among the biggest attractions at the 45th India Tourism and Trade Fair, inaugurated on Wednesday by Chief Minister Edappadi K. Palaniswami at the Island Grounds.

While speaking at the event, Mr. Palaniswami stated that international and domestic tourist arrivals in the State in 2014, 2015, 2016 and 2017 were the highest in the country. In 2017 alone, a total of around 34.50 crore domestic tourists and 48.60 lakh foreign tourists arrived in Tamil Nadu, he said. Also, Deputy Chief Minister O. Panneerselvam spoke during the event.

Senior Ministers and officials were also present at the inauguration.