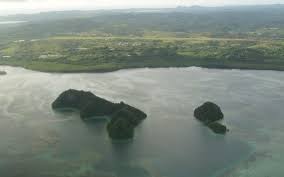 Arrivals from China to Palau dropped 16 per cent in the last quarter of 2017, ostensibly as a result of the Chinese government’s cancellation of the country’s approved destination status.

China instructed its tourist agencies in November to stop flights to Palau in protest over its diplomatic relations with Taiwan, reinforced by Taiwan President Tsai Ing-wen’s visit.
Despite the last-quarter drop in arrivals, China continues to be the major source market for Palau, with a nearly 48 per cent share according to the latest figures from the South Pacific Tourism Organisation.

The share was nearly 52 per cent in the prior quarter.

Japan was second highest origin accounting for 23.7 per cent of visitors, followed by Taiwan at 8 per cent.

The tourism organisation said the drop in Chinese arrivals also reflected a major reduction in scheduled and chartered flights to Palau by 63.9 per cent and 17.4 per cent, respectively.