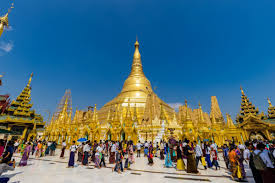 According to Nomura, China has overtaken Japan in visitor footfalls to South Korea for the first time in the first half of this year, ending a long-held Japanese dominance of the market.

Chinese travellers accounted for more than a third of total tourists in South Korea in the first six months of the year, outnumbering Japanese visitors, which made up about one quarter of the total in the same period, Nomura said in a report this week.

Young Sun Kwon, economist at Nomura, said that although China`s economic growth slowed in the first half of the year, the number of visitors to South Korea still managed to surpass the number of Japanese visitors, which declined in the duration.

The growing number of Chinese visitors to South Korea is being supported by an increasing number of middle class families in China and a gradual appreciation of the yuan, Kwon said.

China`s gross domestic product (GDP) per capita rose almost 12 percent to USD 6,090 in 2012 from the previous year and is expected to reach USD 7,000 either this year or in 2014, according to Nomura.Growth on that measure comes even as expansion in the world`s second largest economy slowed to 7.5 percent in the second quarter from the previous year, compared to 7.7 percent in the first quarter, marking a slowdown in nine of the last 10 quarters.

Kwon said there are a number of factors drawing Chinese tourists to South Korea, including a concerted effort by the government to attract visitors.

“Korea is close to China with one to three-hour flights. Korean culture and food are getting more attraction from the Chinese through media and the internet. The Korean government is also making lots of efforts to induce Chinese tourists. For example, there is visa waiver for visiting Jeju Island in Korea,” Kwon said.

Meanwhile, the major reason in the decline in the number of Japanese tourists is the stronger Korean won against the Japanese yen, Kwon said.

The yen has weakened nearly seven per cent against the won so far this year on Japan`s aggressive economic policies to revive its economy, making it more expensive for the Japanese to travel to South Korea.