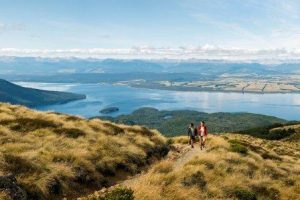 China has postponed its major tourism campaign in New Zealand just days before its launch while Prime Minister Jacinda Ardern’s visit to Beijing has been further delayed as concerns mount that China’s growing influence in the Pacific is straining ties.

New Zealand said that Beijing had postponed an event to launch the China-New Zealand Year of Tourism 2019 in Wellington next week. And Ms Ardern told reporters that dates for her trip to China, planned for the end of last year, still have not been finalised. She said: “I have been issued with an invitation to visit China – that has not changed. We continue to find dates that would work.”

The ties with China have been tense under Ms Ardern’s government, which has openly raised concerns about Beijing’s growing influence in the South Pacific. The government has also rejected Chinese telecoms giant Huawei’s first local bid to build a 5G mobile network. The opposition National Party leader Simon Bridges blamed Ms Ardern and her deputy Winston Peters for “steadily deteriorating relations” with China, and said ties were at the worst point ever.

The opponents and media reports questioned if the Air New Zealand flight that was recently refused entry to China was linked to the issue of deteriorating bilateral ties.

The airline, the New Zealand government and Chinese authorities have all said it was due to an administrative issue.

The aircraft was heading to Shanghai but was forced to return to Auckland after several hours in the air on Saturday as paperwork for the flight included references to Taiwan, Stuff news website reported.

In a statement, Air New Zealand said a Boeing 787-9 Dreamliner that joined its fleet late last year was not yet certified to fly to China but was “unfortunately assigned” for the Shanghai flight. As the original application had lapsed, a new one was submitted, it added.

Chinese Foreign Ministry spokesman Hua Chunying blamed the flight’s temporary deployment hiccup as a reason for the denial of authorisation to land in China, citing news reports she read online.

She said: “This airplane failed to obtain a landing permit with its destination, and decided on its own accord to return en route.”

Ms Ardern dismissed concerns that the returned flight was a sign of strained ties between the two countries, saying the plane was not registered. “That was a consequence,” she added.