China all set to ramp up SA tourism 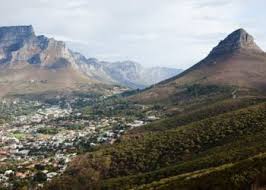 It was there that Derek Hanekom, the Tourism Minister of South Africa declared that Chinese Ambassador Lin Songtian’s idea is to grow the number of Chinese tourists to South Africa from 100 000 to half a million yearly. This was highly praised as a way to introduce much-needed foreign currency into the economy and perk up the sector.

It was not out of the blue that Hanekom was invited as the keynote speaker, and DDG for Home Affairs Jackie Mackay as one of the guests of honour at the head table.

“There are 140million Chinese travelling abroad annually, but only 100 000 came to South Africa last year. We need to make it easier for Chinese tourists to come here,” Hanekom told the media at the event. “We have just signed a visa simplification agreement with China, and agreed to 10-year multiple entry visas. The goal is to have a five-day turnaround time, as well as to introduce an e-visa system in South Africa,” Hanekom said.

When questioned what South Africa could do to make the country even more appealing to the Chinese given concerns about the physical security of tourists, Hanekom categorically stated: “We are aware of the challenge of security, and we are committed to rooting out crime and corruption in this country. Most places that tourists visit such as Table Mountain, Robben Island, Cape Point, the Waterfront, the Wild Coast, Kruger Park and the Cradle of Humankind are quite safe for tourists.”

“President Cyril Ramaphosa understands investor concerns when it comes to safety and security, and he is committed to rooting out criminals and fighting corruption,” Ambassador Lin told Independent Media.