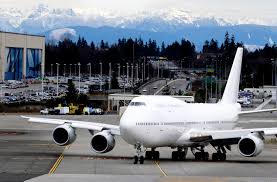 The Chinese travel is a significant growth market now. The rise of Chinese tourism is best described as meteoric. It goes without saying that Chinese airports have experienced years of rapid growth as a result of this.

Also, Chinese aviation, in fact, is growing at a much faster rate than Chinese outbound tourism. 11 of the 20 fastest growing airports in the world last year were found in China, and it’s a trend that will likely continue for years to come. Fuelled by international travel and also domestic travel and rising incomes in lower-tier Chinese cities, aviation is all set for a bright future in China.

However, many of China’s currently fastest-growing airports may continue to have a very limited global footprint in terms of direct flight connections—especially beyond Asia.

However, it cannot be said that their rapid rise to prominence in Chinese domestic travel would not have effect on the international tourism industry.

Total flight durations from lower-tier Chinese cities to international destinations will only increase the attractiveness of global travel, and that is definitely good news for everyone involved in the tourism industry from Shanghai to New York.