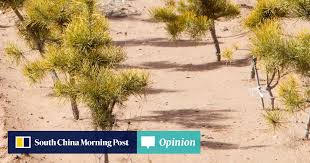 A local district in Maputo, the Mozambican province has recently experienced a tourism boom and doubling of related income, as a result of the easier access to its prime resorts brought by the cross-sea suspension bridge and its link roads constructed and financed by China, district authorities said on Tuesday.

Joao Tembe, head of a local administration of the district of Matutuine, informed Radio of Mozambique that the rising number of tourists in the initial six months of this year has permitted the government to amass over 1 million U.S. dollars revenue, in comparison to the half million in the same period of last year.

The administrator explained that the rise in the tourists inflow is a direct advantage brought by the Maputo-Katembe bridge and the 187 kilometers of road inaugurated in November.

“In the first half of this year we have 162,000 tourists, with the majority of them being South Africans, but there is also an increase in the number of domestic tourists,” said Tembe.

He stated that this number is equal to a growth of 37.4 percent, and authorities have met over half of the goal for tax collection.

“We have achieved more than half of our target, (at this pace) we might even go beyond it,” Tembe told the national radio.

Close to the south with South Africa and the west with Eswatini (the former Swaziland), Matutuine is Maputo Province’s southernmost district, which is known for its major tourist attractions including Bela Vista, Elephant Reserve and Ponta d’Ouro.