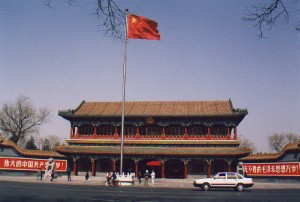 It is as part of a widespread institutional reshuffle, China forms this new department to boost the cultural part in the country.

Huang Kunming, member of the Political Bureau of the Communist Party of China (CPC) Central Committee and head of the Publicity Department of the CPC Central Committee, attended the inauguration ceremony.

While addressing a symposium Sunday, Huang Kunming said that the establishment of the Ministry of Culture and Tourism would strengthen the Communist Party of China’s overall leadership over the work of culture and tourism. This is a new move by the Government of China to promote the country’s culture in international hemisphere.

Huang Kunming called on the Ministry of Culture and Tourism to hold the new era, assume new missions, and have more confidence in the Chinese culture. Huang also asked the ministry to realize the policies and decisions made by the CPC Central Committee.