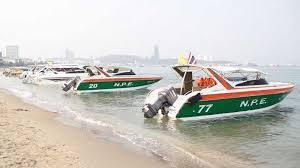 As part of a tourism revival scheme, once again, the tourism officials are planning for visa-free entry for Chinese citizens following estimation by the central bank that the financial system of the country may grow by less than 2% in 2020 due to the outbreak of coronavirus.

Tourism and Sports Minister, Phiphat Ratchakitprakarn explained that during Feb 1-9, the number of foreign tourist arrivals dropped by 43.4% year-on-year to 730,213 as the number of Chinese tourists plunged 86.6%.

Mr. Phiphat stated that the Chinese market is probably to decline by 90% in February. However, if the containment is effective and the government of China raises its ban on travel before March end, there’s a strong possibility that mainland tourists will return during Songkran in April, he said.

On the basis of that scenario, the number of inbound tourists from China has a chance to reach as high as 1.4-1.5 million a month from June to July, up from an average of 900,000 a month.

Mr. Phiphat explained that visa-free entry for Chinese and Indians is an important measure that will simplify congestion at overcrowded airports and increase the carrying capability of the country.

“We plan to resubmit the visa-free policy to the cabinet in April, as the exemption for 2,000-baht visa-on-arrival (VOA) fees will end on April 30, but on the condition that the Chinese authorities handle the outbreak first,” he said. On Thursday, A workshop meeting between agencies related to tourism and the public and private sectors concluded with short- and long-term solutions to cure deprived tourism sector.

The short-term plan had a value-added tax reduction for tourism business, a fuel tax cut for tour boats and scrapping the 2-5pm alcohol ban at hotels. For long-term plan, the meeting requested the government to create an office to control the direction of quality tourism and recommended development of a home port for cruises.