Chinese outbound tourism and the Coronavirus outbreak in China 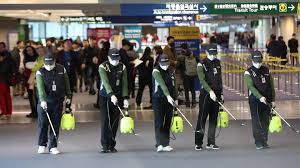 which is the Chúxì, the last day of the Earth Pig year and NewYear’s Eve for the Metal Rat year, starting a new round as the first of the twelve years of the ChineseZodiac calendar.This should be a day of celebration and expectations of a joyful week of food and fun and togethernessfor hundreds of millions of families in China.

Instead, a new outbreak of a Coronavirus has resulted in anxiety, the cancellation of officialcelebrations, the closure of attractions like the Forbidden City or Shanghai Disneyland and thelockdown of more than 30 million inhabitants of cities in Hubei province.The coming week was supposed to see again the largest annual human migration in the world with400 million trips inside China and seven million outbound trips.

What will be the short-term effect of the Coronavirus outbreak?Domestic trips will be significantly reduced, as many Chinese citizens will avoid being in large crowdsof people, including taking trains or airplanes. There will still be huge crowds travelling including themany workers from the countryside working in the big cities, who will not stop visiting their child andtheir parents in their home village. Many of them have already taken the trip home and will have tocome back to work at the end of the Spring Festival Golden Week.Outbound trips will be less affected. Obviously the citizens of the quarantined cities will not be able totravel, but for everybody else leaving the country will appear actually to be a good idea. They might bechecked more carefully at the immigration counters around the world, but will have a much lowerchance of infection.What will be the long-term effect of the Coronavirus outbreak?Assuming that the resolute actions of the Chinese government will help to contain the virus and therewill be no pandemic, the domestic tourism, transportation, and hospitality industry will have to acceptthe loss of one major travel season, but will recover within a rather short period of time. Some of thetrips not taken this Spring Festival period will be only postponed, not cancelled.Again based on the assumption that there will be no pandemic, the loss of maybe half a percent or onepercent of GDP growth in China in 2020 will not reduce the number of outbound travels in anysignificant way, as the Top 10 of the Chinese population affluent enough to travel can still rely on theirwealth accumulated in the last decades to pay for an overseas trip.

Furthermore, a lot of Chinese donot travel for leisure, but for business, education, health or religious reasons as well as for visitingfriends and relatives.So today we wish everybody inside and outside of China a Happy New Year in a more heartfelt waythan maybe on other New Year’s Eves.