Chinese are the top inbound tourists from Southeast Asia, taking over 50% of the pie! 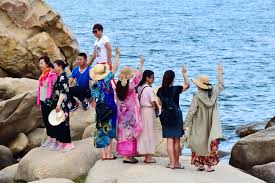 Chinese travelers are popular for being huge spenders as these tourists spent USD 115.3 billion during their trips. With a powerful number in outbound tourism and deep pockets, more and more travel companies are curating their products towards this group.

Because of the huge numbers of Chinese, ASEAN countries are more welcoming to this group. It started small with signs and menus translated in Mandarin to having Chinese speaking staff and Chinese-only establishments.

Is China becoming authoritative in tourism?

A similar situation happens in the Philippines, Malaysia, Singapore, Myanmar, Cambodia and Laos. Here the number of Chinese tourists has been persistently increasing. In 2018, it is estimated that almost 25 million Chinese visited ASEAN countries, in general. This number may double in the coming five years.

There are several reasons behind the rising numbers of Chinese tourists during the last 15 years and why they flock ASEAN countries.

Tags: Chinese are the top inbound tourists from Southeast Asia