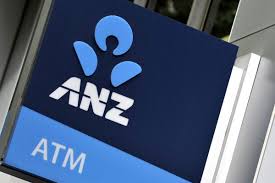 Chinese travellers, at 83 million (according to 2012 data), make up a sizeable group of consumers, so it is quite understandable that talk of a slowdown in the world’s second largest economy could make countries dependent on Chinese tourism receipts a little apprehensive.

But the concerns are exaggerated, ANZ says, as China’s tourism sector is “at the cusp of a multi-decade increase in tourism expenditures,” similar to the trend seen in Japan three decades ago.

According to a recent ANZ note, the number of Japanese travellers saw a sharp increase between mid-1980s through to 1990s, from four million to 16 million, during a time when the economy experienced robust growth, bringing GDP per capita from $10,000 to $35,000 in that period.

The same trend is now being seen in China, ANZ observed.

“Before this time (1980s), Japanese tourists liked to stay onshore for their vacations but as they became richer, all of a sudden they started to travel more. The same thing is happening in China, but at a much steeper rate,” said ANZ economist Daniel Wilson.

“The proliferation of low-cost carriers and tourism origination services also suggest that the tipping point for outbound tourism from China could occur at much lower levels of income than what was seen in Japan three decades ago,” he added.

ANZ says anxiety over the impact of declining Chinese growth on tourism are warranted, given that consumers’ disposable incomes could take a hit in the near term as the government engineers a slowdown aimed at reducing excess lending.

But the decline will not be drastic, and the economic rebalancing by policymakers away from industrial-led growth towards a consumption-driven model will ultimately be positive for the tourism sector.