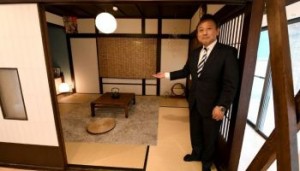 The Chinese tourists apologise after being publicly shamed for leaving Airbnb rental looking like a tip.

Three Chinese tourists have issued an apology after they were publicly shamed by mainland media for leaving an Airbnb rental in Japan in a filthy condition.

The three students, all aged 19, made a public apology on Tuesday, apparently under public pressure, and acknowledged their “mistake”.

Their attitude marked a dramatic turnaround from the previous day when they appeared unrepentant about the condition of the Osaka flat after their five-day stay.

Cheng said when he went to clean the room on Monday after the three tourists had checked out, he found waste strewn everywhere and a strong smell of rotten food.

The costs of Airbnb rental goes around 3,000 yen (US$27) in Japan to clean a room that is this filthy, Cheng said. He filed a complaint on the booking platform and requested them to pay twice the cleaning fee.

But when he complained and asked them to pay double the cleaning fee one of the three commented: “We paid money to stay here, not to clean it … This isn’t our home so we don’t need to clean it for you.”

They had also scrawled rude messages in a visitors’ book he had left in the flat, including a crude sketch of a pile of faeces.

With Cheng’s posts going viral online, one of the three women said on Tuesday that they were willing to apologise to Cheng and pay compensation, the newspaper report continued. The woman said after Cheng exposed their information on the internet, they were strongly criticised by internet users, some of whom had dug out more of their personal details. She said has received many harassing phone calls since. The trio have contacted Cheng and the two parties are discussing the matter. We are investigating the incident,” Airbnb said it a statement, adding that it had a “landlord guarantee fund” which supports property owners who suffer financial loss because of the actions of their guests.

Two months ago, two young Chinese women eating at a barbecue restaurant in Osaka were asked by its owner to leave due to their poor table manners.