Clark set to be the next sports tourism destination in Asia 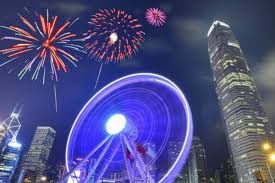 Clark is now set to be the next sports tourism destination in Asia becoming the main hub for the upcoming 30th Southeast Asian (SEA) Games.

During the Broadcast and Media Conference for the 30th SEA Games at Hotel Sofitel, Philippine Southeast Asian Games Organizing Committee (Phisgoc) CEO Ramon Suzara said that they aim to promote Clark as a top sports-tourism destination.

“We are now trying to push Clark to be the next sports-tourism destination in Asia,” Suzara said.

Suzara also encouraged the delegation from neighboring countries to utilize the Clark International Airport regarding participation for the upcoming games.

“For those who are participating in sports and events under the Clark and Subic cluster, we encourage them to use Clark. There are now several international flights at that airport,” Suzara added.

He said there are a total of 530 events, 56 sports and 44 venues for the SEA Games that are grouped into Metro Manila, Clark and Subic Clusters.

The venues in Clark are the Parade Grounds, Clark Global City, The Villages, and Royce Hotel in its Cluster, while Subic will have Malwaan Park, Subic Bay Boardwalk, Subic Gym, Subic Tennis Court and Triboa Bay.

Clark has a total of 734 domestic and regional flights per week/month to 40 destinations. A new terminal would be built that will accommodate an additional eight million passengers yearly.