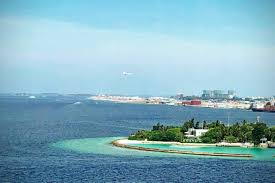 Since Greta Thunberg, a Swedish schoolgirl and climate activist brought the climate protection topic onto the political and social agenda with her incessant strikes, the detrimental impacts of climate change have been talked about more and more. As climate change impacts all areas of life, increasing sea levels along with storms that are progressively increasing direct threat to the islands. Lately, the World Meteorological Organization (WMO) has declared that the average sea level last year was 3.7 millimeters above that of the year prior to that and has reached the highest level since satellite measurements.

Rainfall, storms, floods, and coastal erosion have increased in intensity in recent years, along with increased frequency due to climate change. As not all islands are negatively impacted in the same way by the shifting weather conditions, most are aware of the major changes – including the Green Pearls® Island Partners. Rather than sitting idly by and waiting for the land to literally be washed away from under their feet, they are aggressively working towards protecting their homelands along with weak ecosystems from climate change effects.

The North Sea island of Juist has set itself an ambitious yet essential goal: to be totally climate-neutral by 2030. Today, the result of climate change is by now being felt on Juist. The rising number of dikes intended to defend the land from storm is a substantial measure, and the island is also actively avoiding greenhouse gases by switching to car-free transport. Now, the city has been providing projects along with activities that bring the concept of climate protection closer to visitors, both young and old, such as the “Juistus Climate Saver” program and the “University for Children.”