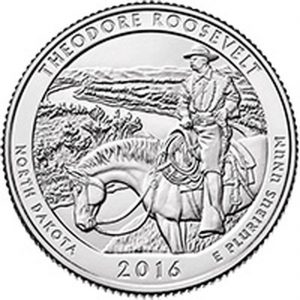 Theodore Roosevelt park is the state’s biggest attraction, and the mayor says many businesses depend on tourists. The mayor of a popular western-themed North Dakota tourist town seems concerned about a lengthy federal government shutdown.

Medora is located at one of the entrances to Theodore Roosevelt National Park. Mayor Todd Corneil says he hopes Congress reaches a budget agreement soon.

Officials announced Saturday that the park will ‘remain as accessible as possible’ but warned ‘emergency and rescue services will be limited.’

Roosevelt ranched in the region in the 1880s and is known for his advocacy of land and wildlife conservation. Theodore Roosevelt is often considered the ‘conservationist president.’