Coastal country park to be built in China by 2020 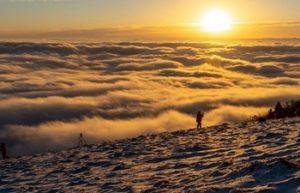 To improve the environment Shanghai will be building a big country park, the Heqing Country Park in the Pudong New Area.

It will be covering an area of 35.7 square kilometers and its first phase was approved by the government in early December and is scheduled to open in 2020.

There will be three key areas of the park located in Heqing Township which is the easternmost area in Pudong – Sanjiagang tourism and leisure center, a sports resort designed to host international sports tournaments and a water development center for kayaking.

There will also be high-end hotels, seafood restaurants and cultural entertainment facilities.

This will be an important step towards solving the shortage of urban parks in the metropolis where due to population expansion urban green space gets reduced.

The construction of Heqing Country Park is regarded as an important step toward solving the shortage of urban parks in the metropolis, where population expansion inevitably leads to a reduction of urban green space.