In coming days, Indonesia to become the trade hub of ASEAN 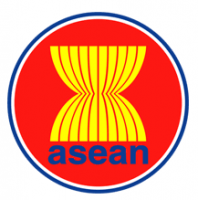 Iman Pambagyo, the Director General of International Trade Negotiations from the Ministry of Trade anticipates that Indonesia would turn out to be the hub for trade networks for ASEAN member countries.

“By actively participating in international trade, we hope Indonesia can have a place as the trade hub of South East Asia,” he stated in Jakarta on Wednesday.

Further, he stated that there is no such country in the world that has been successful in prospering and achieving welfare by closing its economy. As a result, at present, there are still many countries presenting the process of attainment to the World Trade Organization (WTO).

“It showed that the developing countries also believed that integrating into the multilateral trading system at the WTO is a path that needed to be taken,” he remarked.

This, he continued, showed that foreign trade has benefits and requires just an arrangement to put into practice it.

“So far, no WTO member has resigned. Instead, people are busy submitting accession,” he added.

For this reason, Indonesia continued to struggle to make its international trade better through various partnership agreements.

That way, the objective of making Indonesia a trade hub for countries in ASEAN can be attained.

“Now, there are countries that have established embassies for ASEAN in Jakarta. We are also building Jakarta as the diplomatic capital and commercial center of ASEAN,” he revealed.