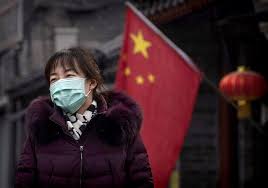 Corona virus, now officially labeled COVID-19, has raced across the globe, infecting tens of thousands of people and killing more than 2,000, mainly in China. Many countries have closed their borders to Chinese travelers, with airlines reducing or closing flights and limiting routes. Points of transit across Asia—train stations, bus depots, airports have seen traffic go down, with some nearly deserted. The impact of the virus on the global economy is yet to be fully understood.

Powered by a middle class expanding in both wealth and size, the Chinese tourism market witnessed a staggering growth over the past two decades. Outbound tours from China, according to the UNWTO, increased from 4.5 million in 2000 to 150 million in 2018.

These travelers have become their own economic force, spending $277 billion, with many countries embracing them wholeheartedly.

All of the top 10 destinations for Chinese visitors last year were in Asia, according to the China Outbound Tourism Research Institute.

But now, with COVID-19 sharply restraining travel across the region, analysts and governments of countries who are heavily reliant on Chinese visitors are dampening their forecasts. More than 40,000 hotel bookings on the Indonesian island of Bali have been canceled, and the outbreak could cut off up to 0.3 percentage points off the country’s GDP growth.

Billions of dollars in tourism spending are projected to be lost by Vietnam and Thailand. In the Thai city of Chiang Mai, the situation is a “total mess,” with travel agents and hotels scrambling to reschedule and collect payments from canceled tour groups. Casinos in Macau, the world’s gambling capital, remain shuttered.