For coronavirus, Egypt calls off tourism trips from China! 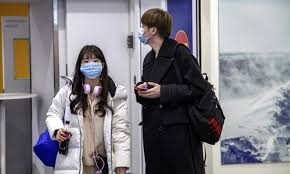 The Association of Egyptian Travel Agencies has stopped all tourism flights from and to China. It’s awaiting further notice as a safety measure after the outbreak of the coronavirus, the association declared on Sunday in a recent statement.

The association called off all the Chinese tourism companies’ bookings in Egypt’s Sharm El-Sheikh, Hughada and Aswan, the statement continued.

This temporary stop could impact the revenue of tourism as China gives out 10 percent of all its inbound tourism to Egypt, said member at the association Osama Munir.

In a recent declaration, the Egyptian Embassy in China proclaimed that it developed a follow-up committee that would get in touch with the Egyptian community in the city of Wuhan, contacting the Egyptians who are residing in the province to speak to the embassy on the number – (+20) 1065322541.

The embassy explained that so far, the registered number of Egyptian expatriates in the province has reached 315.

Assistant Foreign Minister for Consular and Expatriates Affairs, Yasser Mahmoud Hashim has assured that that among Egyptians, no positive cases were reported, adding that the embassy is all prepared to provide all sorts of support to the expats in light of the Chinese Government’s decision to put Wuhan under quarantine and delay all transportation to and from the city, in which 13 people have died of the virus.