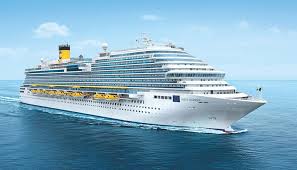 Costa Cruises has seen immense growth in passenger numbers from South India. When Costa Luminosa and Costa Venezia dropped anchor on Friday in Kochi, it was probably the first time that two ships of the same cruise company were docking at the same port the same day.

While Costa Luminosa is on a 109-night world cruise, Costa Venezia, the first Costa ship designed specifically for the Chinese market, is now on its positioning cruise to China. Costa Venezia will also embark on an eight-night itinerary from Kochi to Singapore via Colombo, Langkawi and Port Klang, with about 100 Indians on-board.

While Costa Luminosa and Costa Venezia have done a one-off stopover at the Cochin Port, Costa neo Riviera was home-ported in Kochi from December 2018 to March 2019. Costa neoRiviera hosted approximately 7,000 Indian guests for a three-night Kochi-Maldives itinerary, showcasing the strong demand for cruises from South India.

This year, Costa neo Riviera will be replaced by a larger vessel, Costa Victoria, due to increased demand for cruise holidays. Costa Cruises is the only international cruise company to offer regular cruises directly from Kochi to Maldives, confirming its strong interest in pro-actively developing the Indian cruise market. On November 13 this year, Costa Victoria is to make its inaugural call in Kochi.

Nalini Gupta, Managing Director (MD), Lotus Destinations, representative of Costa Cruises in India, said, that Costa Cruises has seen immense growth in Indian passenger numbers coming from South India. This has also been possible with the support of the Cochin Port Trust officials, who are beginning to understand cruising and seeing it as a big opportunity to build the Blue Economy of the country.