Counties are looking for flexibility in tourism revenue spending 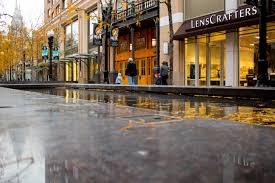 A recent audit concluded by the Office of the Legislative Auditor General in Utah emphasizes that tourist visits to the Beehive State are increasing. However, for counties that cannot support the tourists who are coming because of promotional campaign, may not be a good thing.

The audit, released this year, comprised splitting the counties into categories on the basis of revenue amount brought in by tourism: smaller counties that fail to attract out-of-state or in-state attention and larger counties that show significant tourist revenue.

The audit established the fact that both types of counties have surplus funds from the tourism budgets that could be applied somewhere else. However, current law can stop the counties from distributing the money sometimes in responsible ways and forces few of them to spend more than is necessary on tourism promotion.

“All eight counties within the audit would like to spend less on promotion for tourism,” said Leah Blevins, audit supervisor of the legislative auditor’s office. “Larger counties, like Washington County, have said that they have more tourists than their infrastructure can currently support.”

Blevins mentioned that these counties have their hands tied on where they can spend the money from the budgets. In one case, Washington County accumulated $10 million which was not needed to be used towards tourism promotion and used it to pay off debts. There was no backlash.

Davis County did the same thing and stored the extra funds from their promotion budget and applied it toward paying off a bond. This saved Davis County future debt interest.