Cruise ships to be banned in Cannes, France 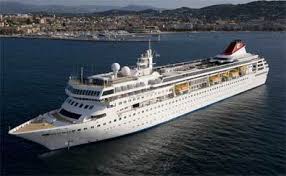 After the mayor of Cannes, David Lisnard conducted a study on how cruise ships were affecting the local ecosystem, the French Riviera city of Cannes is making a move to ban some cruise ships from its ports.

Lisnard proposed to the Prime Minister in a tweet that they should provide the mayors of the coastal municipalities with police power to fight agaiants the marine pollution of ships. This was linked to a larger proposal addressed to French Prime Minister Edouard Philippe.

In 2018, around 370,000 people visited Cannes by cruise ships which is the fourth busiest port in France.

The main targets of Cannes’s new guidelines are ships which do not meet a 0.1% sulfur cap in the fuel emissions and there will not be an outright ban all watercraft.

Despite the ruling these high-polluting ships do not approach the port then they will not be permitted to unload any passengers.

About 40% of Cannes’ total cruise ship traffic is by the Norwegian Cruise Holidays has signed an agreement with the city pledging to make the ships more environmentally friendly.

Santorini has imposed a maximum of 8,000 cruise ship passengers per day due to erosion and overuse of water being.

Environmental concerns is cited by the French ports which shows concern regarding their cutbacks on cruise ships and other European cities who thinks that overtourism  is a limit to ship numbers.

Large cruise ships were banned earlier this year from it historic center.