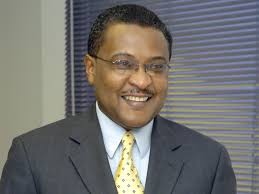 The Curacao Tourism Development Foundation has announced the appointment of Paul Pennicook as Managing Director/CEO.

A graduate of Cornel University, with a degree in Hotel Management and fluent in English and Spanish, Pennicook brings a wealth of experience in the hospitality industry having held senior executive positions in both the public and private sectors in North America, Europe and the Caribbean.

Jamaican by birth, Pennicook has the distinctive recognition of having served twice as Jamaica’s Director of Tourism and for being the only person to have worked in senior management positions with Jamaica’s iconic all-inclusive resorts – SuperClubs which included Breezes, Hedonism II and Grand Lido in their portfolio, as well as the world-renowned Sandals Resorts as Executive Vice President of Sandals’ marketing division, Unique Vacations. Pennicook also served as President/CEO of Couples Resorts and was Senior Vice President of Air Jamaica, Jamaica’s national airline with responsibility for the carrier’s marketing and sales activities.

Under Pennicook’s first tenure as Jamaica’s Director of Tourism, he oversaw a successful restructuring exercise which resulted in a more global marketing focussed Tourism Board and he is credited with having implemented strategies which resulted in record increases in visitor arrivals on both occasions that he served.