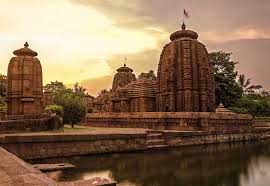 After the widespread devastation caused by the extremely severe cyclonic storm Fani last month Odisha has lost around Rs 732 crore in the tourism sector in the last two months. The cyclone has made a landfall at Puri district.

The Khordha and Cuttack districts were also affected and had left residents without water and power for days.  Around Rs 3,000 crore was lost in the hotel and tourism business according to the Odihsha Hotel Owners Association Chairman JK Mohanty.

Tourism Minister Jyoti  Prakash Panigrahi reported the figure regarding the loss of revenue while answering a question in the assembly.

As per a source in the state tourism department that there was  a fall in domestic tourists by about 84%, foreign tourists have fallen by 80 percent despite the festive season. It is expected that the numbers will be restored by the next tourist season from November to February.

In Mumbai and Delhi the state tourism department participated in roadshows hosted by FICCI. It was targeted at the tour operators and travel businesses giving them the information that the state was ready to receive visitors ahead of the Rath Yatra.

A new tourism policy by next year will be released by the state government. It will include air connectivity between Bhubaneswar and foreign destinations like Dubai and Singapore so that they increase the number of foreign tourists.