Dark tourism is gradually finding its popularity among tourists 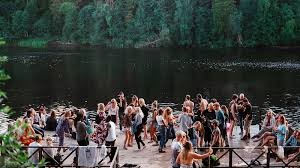 With at least 60 museums in the United States, the rise of “dark tourism” is gradually grabbing attention, attracting millions of people from around the world. The Texas Prison Museum, an hour north of Houston, is one of most popular among them.

People are headed to prison, by choice. They’re tourists visiting a prison museum. One of the most popular prison museums is in Huntsville, Texas, a small east Texas town surrounded by seven prisons.

Many European visitors frequently visit the Texas prison museum, and they get fascinated with capital punishment in a state that leads the country in executions.

Constructed by inmates in the early 1920s, the electric chair took the lives of 361 prisoners over a 40-year span is a big draw.

Capital punishment returned to Huntsville in 1982 when Texas became the first state to execute an inmate by lethal injection. With 553 executions over the last 36 years, no other state has executed more inmates.