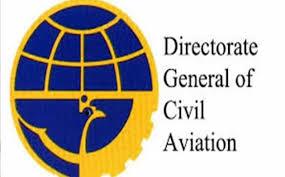 The Indian government informed Rajya Sabha that the  aviation regulator Directorate General of Civil Aviation (DGCA) has conducted safety audits of Air India Express, SpiceJet, AirAsia, IndiGo and GoAir and found that the implementation of their safety management system was “deficient”.

The “other staff” at check-in counters too did not have adequate knowledge to handle “dangerous goods” despite being trained in Dangerous Good Regulations, he said in a written response to a question in the upper house.

DGCA took cognizance of a serious lapse – there was a delay in carrying out the corrective actions for the “FOQA exceedances”. Whenever a safety parametre limit is exceeded, it is called an “exceedance” or “event”.

Flight Operations Quality Assurance (FOQA) is the process of obtaining and analysing all kinds of data from flights to improve the safety and efficiency of flight operations.

The DGCA regularly conducts safety audits of scheduled and non-scheduled airlines as per the Annual Surveillance Plan. The minister informed that the last five audits were of these five airlines. During the audits, it was found that the “quantum of Digital Flight Data Recorder analysed under FOQA was not as per the Indian safety regulators requirement”.

Implementation of the safety management system was found to be deficient. The minister said the DGCA has directed the airlines to take corrective action regarding the deficiencies found during the audit.

DGCA directed the six major airports of the country to procure and deploy the “disabled aircraft recovery kit” by March next year. The regulator’s direction came after a SpiceJet plane earlier this month veered of the Mumbai airport’s runway while landing and got stuck in the grass area, forcing officials to keep the runway closed for over three days.

The recovery kit is deployed to extract and remove any aircraft that is unable to move using its own power or through a tow tractor.