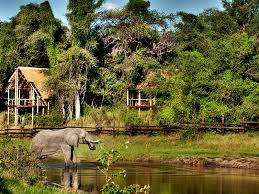 The tourism sector in Bostwana will get a boost when Qatar Airways launches direct Doha-Gaborone flights in October, said Botswanan President Mokgweetsi Masisi.

With the flights, there is a high possibility that “our tourism sector will surpass the achievement attained last year by at least 1.5 percent because it will be easy to travel for tourists,” Masisi said at a political rally of the ruling Botswana Democratic Party at the Bobonong village, some 380 km northeast of Gaborone.

This tourism sector grew by 3.4 percent in 2018, surpassing the sub-Saharan African average of 3.3 percent, and injected at least 2.7 billion U.S. dollars into its economy, according to a report by the World Travel & Tourism Council, a London-based forum for the industry.

The three-times-a-week flights will be launched on October 27 and operated by an Airbus A350-900 aircraft with 36 seats in business class and 247 seats in economy class, Masisi told the rally ahead of Botswana’s general election scheduled for October.

Botswana, a landlocked and semi-arid country located in the center of southern Africa, is home to diverse wildlife and some of the most respected conservation programs in the world, according to the United Nations Development Programme.