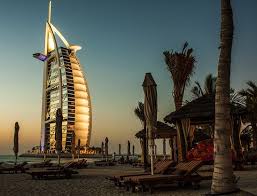 Residents and tourists in Dubai are witnessing price breaks in the hospitality industry, and new data shows that average room rates have declined further at hotels across the emirate.

Preliminary data shows that prices for an overnight stay in the city averaged Dh714.01 in January, going down by nearly Dh50 from the previous month. Last December, a night’s stay in a standard room in Dubai cost Dh758.80.

Dubai’s hospitality sector remains generally busy during the winter months, when many people escape the cold temperatures to enjoy a getaway in warmer climes.

Dubai International witnessed more than 7.7 million people arriving and departing in the emirate in the month of December.

However, in spite of the huge influx of visitors, hotel operators saw occupancy rates go down by 4.9 per cent to 82.2 per cent in January.

The hotel room supply in Dubai went up by 9.3 per cent in January compared to the same period last year, and demand went up by 3.9 per cent.

As of September 2018, at least six hotels were launched in Dubai, adding a total of 1,704 rooms to the market.

The new properties opening in the third quarter were Hamptons by Hilton Dubai Airport, with 420 rooms; Occidental IMPZ, with 239 keys; Royal Central Palm Jumeirah, with 207 rooms and Al Seef by Jumeirah, with 200 keys.