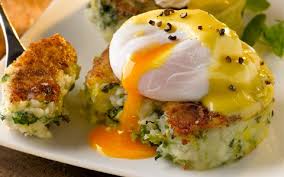 Dubai Municipality has shut down an American restaurant after 15 diners fell sick following a food poisoning outbreak recently. The Food Safety Department of the civic body ordered the closure and held its chef and Person-In-Charge (PIC) of food safety responsible for the salmonella infection that caused the food poisoning.

The food safety rating of the restaurant has also been brought down and its PIC certificate has also been revoked. The restaurant in a Jumeirah Mall will be under strict vigil for the next six months once it will be reopened after the closure period. The food-borne illness investigation team of the municipality had received a report of 14 people falling sick after eating at the food joint. The diners were hospitalized with the symptom of diarrhoea, fever and vomiting.

Food samples were collected by the Food Safety Department team and internationally accepted tests were conducted by the team following the finding of infection in the raw eggs that were used in hollandaise sauce in the restaurant’s kitchen. That chef had used raw eggs in violation of the food safety rules was found.

Following this, a fresh directive was issued by the department to all eateries preparing food with eggs in which they were reminded about the ban on using raw eggs in ready-to-eat products.

The municipality had first issued the directive of not using raw eggs in ready-to-eat products way back in 2012 after authorities found many salmonella infections.

The new regulations not only restricted the use of raw and under-cooked eggs in the ready-to-eat products but also made mandatory to declare their use in food labels and menus.

Special awareness campaigns regarding egg safety are also being held from time to time.

Chocolate mousse, fresh mayonnaise, desserts, pastries and sauces are among ready-to-eat food products through which salmonella infection could spread.

The municipality had also conducted a weeklong campaign in 2018 to raise awareness about safe shopping, storing and preparation of eggs.