Edinburgh has been named alongside Amsterdam, Rome, Venice and Barcelona as one of the world’s worst tourist place for “overtourism”. 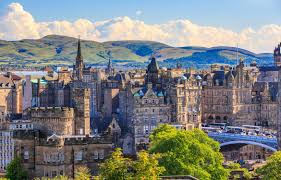 The Scottish capital has been cited alongside the Taj Mahal, in Delhi, India, the Peruvian citadel of Machu Picchu, Dubrovnik, in Croatia, and Iceland as famous destinations “that can no longer cope with their own popularity.”

The Edinburgh residents “have had enough” of visitors to the city and highlights the plans by the city council to introduce the UK’s first tourist tax.

The pressure of the international tourists are in huge numbers & descending on the city centre in the month of August for the annual Edinburgh Festival season and the growth in the short-term letting market driving up rents for normal people.

Edinburgh has been named an over tourism hotspot just days after an official report commissioned for its tourism industry warned that the city was running the risk of a “backlash” from residents if it did not take “concerted action” over the growth and impact of the industry.

The city has seen the number of overnight stays soar by almost a third in the space of seven years, to 4.26 million, while the number of day visitors has soared by almost half a million each year over the same period.

Research for the Edinburgh Tourism Action Group said that it is a “collective intervention” was needed to preserve the fabric and look of historic areas, as well as protect the quality of life for local residents.

A new campaign to “defend” Edinburgh against over-tourism, property developers and the “festivalisation” of the city – which has threatened to stage protests and “non-violent direct actions” over the impact of the industry – was also cited in the report by  a news media.

In the month of February, Edinburgh city council voted in favour of introducing a tourist tax of £2 per day per tourist This would be levied against all accommodation, including short term lets via Airbnb, raising up to £14.6 million a year.

Cliff Hague, chair of the Cockburn Association, the city’s long-running heritage watchdog, said that they need to recognise a point that is obvious but ignored – streets, open spaces and housing markets have limited capacity.