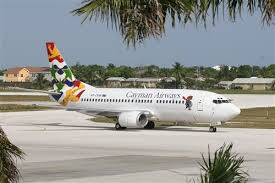 An aircraft of Cayman Airways that was travelling to Tampa, Florida was compelled to return to Grand Cayman on Thursday owing to engine issues.

Flight KX200 was forced to go for the emergency landing.

None of the 128 passengers on board the flight had been injured. The Owen Roberts International Airport had gone into ‘full emergency’ mode, as confirmed by the fire service as the plane made preparations to return to the airport.

Police thereafter cordoned off the roads around the airport prior to the landing.

In its official statement Cayman Airways mentioned that a short while after it had taken off, the plane started experiencing ‘abnormal engine parameters’ that was followed by vibration on the right engine while it was ascending to about 5,000 feet.

As a result, the engine had to be shut down and emergency was suddenly declared for a landing, as stated by the airline.

The airline said that the captain had announced an emergency and came back to the airport, and landed safely around 12.20 p.m. Fabien Whorms who is the CEO of Cayman Airways said that their pilots are highly skilled and therefore are well-equipped to deal with complex situations in flight.

Mr. Whorms said that the airplane was removed from service after the incident, for repairs.

An alternative aircraft of Cayman and crew operated a delayed flight KX200 to Tampa that had departed Thursday afternoon.