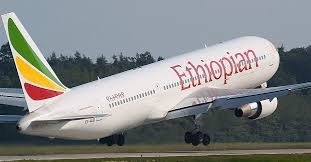 While the ruling African National Congress has frequently said that it would consider selling equity in the airline, there’s been no visible strategy for such a plan, said Tewolde Gebre Mariam, the chief executive officer of Ethiopian, Africa’s biggest and only consistently profitable airline.

“We are interested in supporting South African Airways,” he said in an interview, adding that if South Africa asked Ethiopian to buy a stake, “we would consider it”.

Ethiopian and SAA are already partners in the Star Alliance.

SAA hasn’t made a profit since 2011 and last week delayed the release of annual earnings due to its precarious financial state.

A deal may involve help with SAA’s chronic debt problem, with banks withholding further loans until the airline can present a repayment plan for 9.2 billion rand of borrowings.

Ethiopian is Africa’s biggest aviation success story. The Horn of Africa carrier has looked to invest in other airlines around the continent, including new carriers planned for Ghana and Zambia.

In contrast, SAA is cutting routes and needs 2 billion rand alone to fund working capital for the remainder of its financial year through March 2020.