European airlines to pay €5bn in environmental taxes and ETS in 2019, A4E 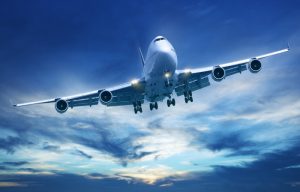 Europe’s biggest airlines will pay more than 5 billion euros in national environmental taxes and other payments in 2019. This includes around 590 million euros in expected payments to the EU’s Emissions Trading System (ETS). Airlines have been a part of ETS since 2013. Aviation is currently the only transport sector which participates in the ETS. Total ETS payments from 2013 to 2018 were over 1.3 billion euros.

Michael O’Leary, Chairman of A4E and Ryanair CEO said that the claim that airlines are not paying environmental taxes is completely false. He said, “Globally, European airlines are the only airlines paying environmental taxes, forecast at over 5 billion euros in 2019, including 590 million euros in ETS, up from 370 million euros ​in 2018, a 59% increase.” He believes that more aviation taxes are a knee-jerk reaction and it will undermine European competitiveness and particularly hurt the integration and free movement of EU citizens, especially for peripheral and island Member States such as Ireland, Spain, Portugal and the Baltic States.

Meanwhile, A4E airlines remain focused on positive solutions with a high potential to lower emissions levels, investing more than 169 billion euros in environmentally-friendly technologies until 2030. This includes the purchase of around 800 fuel-efficient aircraft, which have already reduced emissions by 24 per cent between 2005 and 20172, and over 1 billion euros in the set up of innovative partnerships designed to fast-track the production of sustainable aviation fuels in Europe.

Airlines for Europe (A4E) is a trade association of European airlines created in January 2016.